Why are you normal and an other person is not?

In increasingly larger parts of the world people are allowed to be who they are. And that's a good thing. The number of people who wish others would act like they do is declining. A good example is the LGBTQ-movement: in more and more countries people are allowed to marry someone of the same sex. However, it will be a long time ahead in the future before non-white, not straight, not handicapped people are seen as 'normal' people. But a start towards that goal had been made.

Did you know only about 9 percent of the world population has a light complexion?
So, according to logic, being white is not normal. 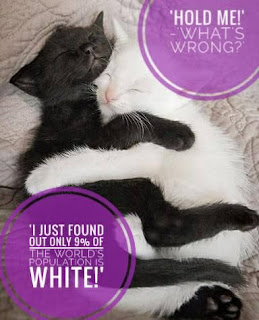 Just think about that for a while.

Who decides who's to live and who's to die? Doctors? Politicians? God?

Some countries urge women to have their child aborted when it's discovered the unborn fruit has Down Syndrome. As if that's a bad thing. People with Down Syndrome have a chromosome more than 'normal' people. But what's 'normal'? If 'normal' is defined as 'like most people', according to certain governments and thousands of people, YOU don't have the right the live.

As a matter of fact: by far most people in the world do not have light skin. So, according to the logic used by some people, people with light skin do not have the right to live because they are not as 'normal' as most people.

But Charlotte Helene Fien can say it better than I can:


If people with Down Syndrome would not be alive, this beautiful videoclip would not exist:
Here's Svefn-g-englar by Sigur Ros


In short: no, people with Down Syndrome are not perfect. But tell me: what would society look like should we eradicate every person who is not perfect? 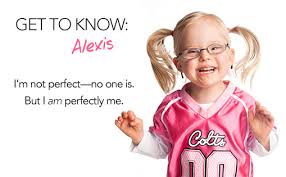 'Collateral damage' or a dead child?

The official purpose of military intervention is 'to protect civilian lives at any cost'. Does that mean literally thousands of civilians should perish as 'collateral damage' when bombin a handful of enemy combatants who plan to kill a few dozen civilians?

But if the cure is worse than the plague? Much, much worse?
Shouldn't the attacks be reconsidered?

The families of those casualties...will they be pleased with the 'help' they receive or will they turn into really, really angry people who themselves will turn hostile towards their 'liberators'? 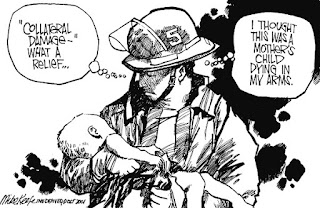 Treat others like you want them to treat you

If people are treated like [CENSORED], they will act accordingly. But there are still people out there who apparently think that if a person is treated badly, that person will turn to becoming the nicest person imaginable. As if people will stop using violence if you hit them hard on their nose. Or blow up their kids.

Maybe you have a really good reason to mistreat a person. Most obviously because that person has done something nasty to you or a loved one. But what if you take the first step and start treating that other person like a human adult? You know, if you would treat that person in the same manner you want that person to treat you?

Consider this: what have you got to loose by trying?

You want some evidence that this behaviour could actually work? Take this Norwegian prison system as an example: http://www.economist.com/news/international/21722654-world-can-learn-how-norway-treats-its-offenders-too-many-prisons-make-bad-people?fsrc=scn/tw/te/bl/ed/prisonstoomanyprisonsmakebadpeopleworsethereisabetterway

And what if YOU are that person going to jail? How would YOU like to be treated? For the Christians amongst my readers: Can you call yourself a Christian if you treat others like you don't want to be treated yourself?