The best era to live in

Good things still happen: more kids than ever attend school and less people die from starvation. If people could choose in shich era they prefer they live, by far most people would choose the current era.

And ust look at this amazing ice and snow festival in China!

And there are always things that sound like Chewbacca...

Since the invention of the aeroplane walls have basically become obsolete. But apparently no one has told Donald Trump. Het thinks drugs are dangerous 'because a heavy bag of drugs hurts a lot when it falls on your head when thrown over the wall so the wall needs to be really high.'

His words would be simply entertaining if he weren't the president of the United States of America. 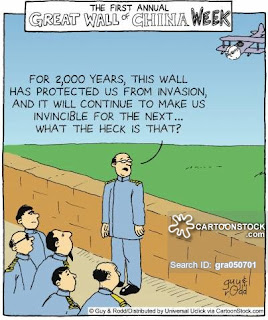 Question for American readers: would you be living in America, had a wall been build 200 years ago?

Here are a few arguments against a border wall between America and Mexico: https://www.nytimes.com/2017/04/08/opinion/up-against-the-wall.html?smid=tw-nytopinion&smtyp=cur

Not to mention: what will it cost and who will pay for it?

Want to read (more of) my short stories? My author page: Terrence Weijnschenk at Amazonhttps://www.amazon.com/-/e/B00K4007NG
op Wednesday, November 22, 2017 No comments:

Were our ancestors stupid?

'Our ancestors were stupid barbarians!' Not really. It's really the people who believe that statement who are the stupid ones. Sure, sometimes we can't figure out what or how the old Egyptians, Romans or Aztecs did. But that's just due to our lack of understanding their ways.

Yes, they used different means, had different believes and may have thought in ways different than our own. But does that mean they were stupid? Of course not! 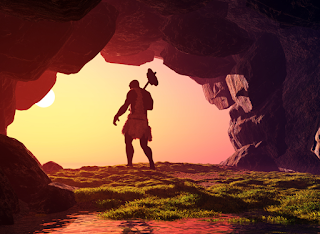 Look at these two examples:

'Yeah, get rid of all illegal workers!'

Sounds like a great plan. Unless you realize there are no legal workers
willing to do the same job illegal workers are used for. On top of that: should farmers pay decent wages they will soon be bankrupt. 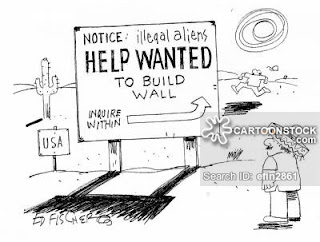 Food will drastically go up in price. And for what?

The ego of a 71 years old entrepeneur?

Every day more and more people are convinced we have to stop exploiting the Earth. They know there's only one of those and that it's precious, despite what some presidents might tell us.

Here's a proposed solution to all those plastic waterbottles that are extremely polluting. Meet the edible water container: