That's the mantra used by the National Rifles Association (NRA) to make more people buy and carry guns. But is it true?

No, of course it isn't. Anyone who can think for themselves can figure that out but for those who find that hard, here are the published facts.

In 30 years of mass shootings in the USA, how many were stopped by 'a good guy with a gun'? None, to be exact. Zero. Zilch. Despite the NRA claiming there are thousands of those incidents every single year. As a matter of fact: the few times a civilian managed to end a shooting, the civilian was unarmed!

This is what the FBI has to say about the myth.

And here is the story about two 'good guys' who turn into 'bad guys' and 'a good guy with a gun' who tries to stop them.

The NRA wants more guns in schools to protect the children from mass shootings. Sure, let's give an alcoholic a free bottle of vodka and tell him not to drink it... Great! Now there's a whole new market for Santa!

Another such liar is gun advocate John Lott. Eventually he even admitted he created a Usenet account name 'Mary' who claimed 'John Lott was the best professor I ever had!' A liar ánd a narcicist. (Warning for GOP and FOX-fans: article contains a lot of words. Some of them have more than two syllables.) 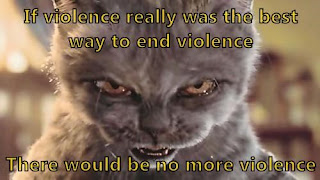 ('If violence really was the best way to end violence there would be no more violence.' Quote by me.)

Be the small domino

Jesus, Gandhi, Mandela, Che Guevara, Steve Jobs...You all know the examples. Still people claim it's impossible for one person to change the way things are but the truth is: one person can make a difference!

And you? Are you sure you can't make a difference for the better?

Be the small domino...

Do you feel safe? And does your child?

What do you feel when you watch this video?
'Oh, yeah, children feel safe when they don't see strangers. I get that!'

I am sorry to say so but here are the facts of child molestation in America:
http://www.childmolestationprevention.org/pages/tell_others_the_facts.html

1 in 20 male adults is a child molester. 1 in 3300 women are. Yes, there are women who 'touch' children for their own gratification.
93% of all child molesters is religious so saying: 'It can't be him because he goes to church!' is more of a reason to suspect a person.
79% is caucasian so stating: 'Watch out for dark skinned people!' is a stupid thing to teach your child.
A staggering 90% of all children who are molested gets molested by someone they know well: a father, an uncle, a neighbour, a teacher. Teaching your child 'to watch out for strangers' may cause your child to get seriously hurt because you basically teach him or her to blindly trust adults that are known very well.

And yourself? Do you feel safe? Or did you lock yourself up in a nice comfortable area surrounded by camera's and fences to protect yourself from people who want to abduct you and lock you up? 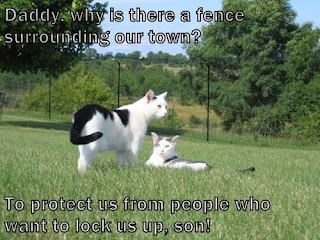 What if you were an immigrant? 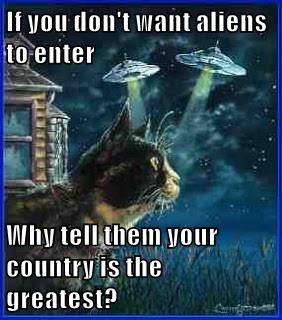 In my opinion it's very strange to hear a lot of people say they hate immigrants and want to build walls to stop foreigners from entering their beloved country they stole with their bare hands. Hungary will build a four meters high wall to help stop immigrants from crossing their borders. And that is really stupid. Her is why:

US president Barack Obama: 'Unless you're Native American, you came from somewhere else.'


And answer me this:
What if you were an immigrant?


I know you lead very busy lives and - next to spending 5 hours a day watching television and three hours a day surfing the internet - you don't have the time to read. But please, take five minutes to read these facts on immigration:
http://www.tolerance.org/immigration-myths

Thank you!
Oh, and did you know this?