More free time is what we all want. Right? Because we have a demanding job that takes up a lot of time not just because of the working hours but also because we are often so tired that we can't bring ourselves to go out and have a beer with a friend. We would also like to travel more, eat out more often in nice restaurants, spend more time with our families and pursue our hobbies.

So how come when we get fired and suddenly have all the time in the world we are not happy? It appears we prefer work over spare time after all.

Too bad it won't take long before we all are unemployed. Meet your new sushi chef:

Your nationality defines who you are, right? People from your country have different (you want to say 'better' but your mother taught you to be polite to people who are less than you) habits and values than people from other countries, right?

And that's because you have developed a strong sense of identity which has been passed on from generation to generation for thousands of years because that's how long the borders of your beloved country have stood firm and unchanged. Right? Not really:

'Yeah, but that's Europe. I live in Northern America. It's completely different over here.' Yes, you're right. For instance: Canada is a sovereign nation since 1982.

Recent studies show people feel displaced by immigrants who take over the shops, daughters, jobs and social security checks of the indiginous people. 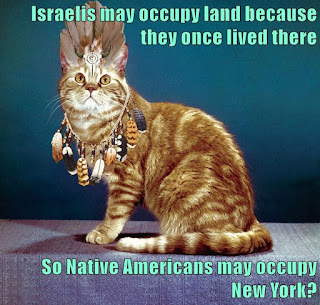 'Israelis may occupy land because they once lived there.' So Native Americans may occupy New York? And Ottawa?'

But hey, at least they don't slaughter them by the tens of thousands like the Europeans did when they created their new homeland. Maybe that's why White Nationalists are so afraid of people with a darker complexion: they fear they may do to them what their grandparents did to others.

What you have, others don't: clear water

We use it every day. Usually without thinking about it. Water. Clear water. We brush our teeth with it, clean our dishes with it, spray our garden with it, wash our cars with it and even use it to flush away last night's dinner. And we even drink it! To us, that's normal.

To millions of other people it's not. Luckily for those people there are people who actually do something about the fact that thousands and thousands of people every year die from lack of access to clear water. The organisation Charity Water for example:

Why didn't I think of it?

Every once in a while you come across an idea and go: 'How come nobody ever thought of it before?' Here's such an idea: a water turbine installed in a ...drinking water pipe.

How about you? When was the last time you had a 'Why didn't I think of that?' moment and what was it?