What are you afraid of? And why?

I know you are afraid. But of what? Basically you are afraid of anyting the media (as partner of the government) tells you you should be afraid of. So now it's terrorism and ebola. It used to be communism and fall-out. And it will be something else, a decade from now.

I'd like to bring you in on an experiment. Don't watch Fox News or CNN for two whole days. Don't read a newspaper, don't search for 'news' on your computer, tablet or smartphone. For two days. But think. For yourself. And consider a few simple facts: how many people in your town - or even in your country - do you know who died of fall-out, communism, ebola or terrorism? Not many, I can assure you.

Far more people died last year because of old age, a fall from the stairs or eating a peanut. That's right: every single year more people die from eating peanuts than from terrorist attacks.

So why are you afraid of terrorists and not of peanuts? Why does the government allow bars and airline companies to hand out peanuts to civilians like you and me for free, knowing thousands of people worldwide die from eating peanuts!? They suffocate or die from anaphylaxis shock.

You say you are afraid of Ebola because it kills people and it's not in your control? Right. Let me ask you this: does the child that gets overrun by a drunk driver control the amount of alcohol its killer consumed? 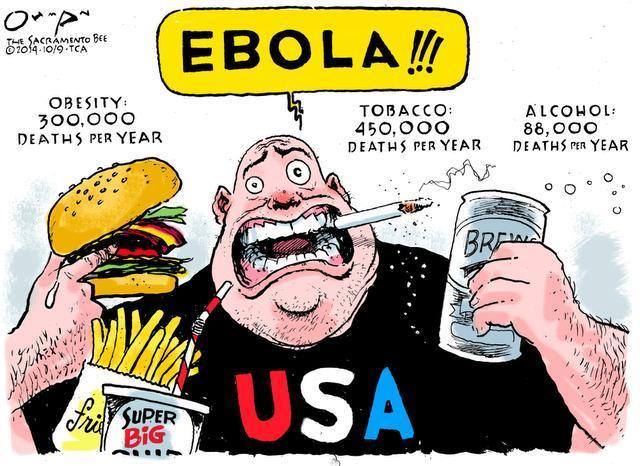 Luckily most Americans think that drinking alcohol kills more people than smoking pot. Luckily because it's true, no matter how hard Fox News tries to make people believe it's the other way around:

And just so you know: The current outbreak of Ebola may have killed 5000 people so far but every single day some 35,000 people die of hunger...
op Wednesday, October 29, 2014 No comments:

Do you hate yourself?

I have always been wondering why people with names like Woshinski and Bauer don't want foreign people to come and live in the United States of America. Do they really hate their great grandparents that much? And if they are serious about closing the borders for 'those bloody foreigners', why do they keep telling them America is the greatest country in the world? And why is their building constructor a Polish guy, their gardener a Mexican and their housekeeper from the Philippines?

There is one simple rule that applies to every single nation on the planet: non-domestic people are always willing to work hard for little pay. Are you?

And next time when you shout out: 'I hate foreigners!', realise that for the greater part of the world population you yourself are a foreigner so basically you state that you hate yourself.

Face it: not everyone loves America. And for some darn good reasons:
http://www.thrillist.com/travel/nation/weird-things-about-america-things-foreigners-hate

Oh, and just as a favour (yes, that's with a 'u', look it up) to us, foreigners: try to say what you mean and mean what you say. Please. 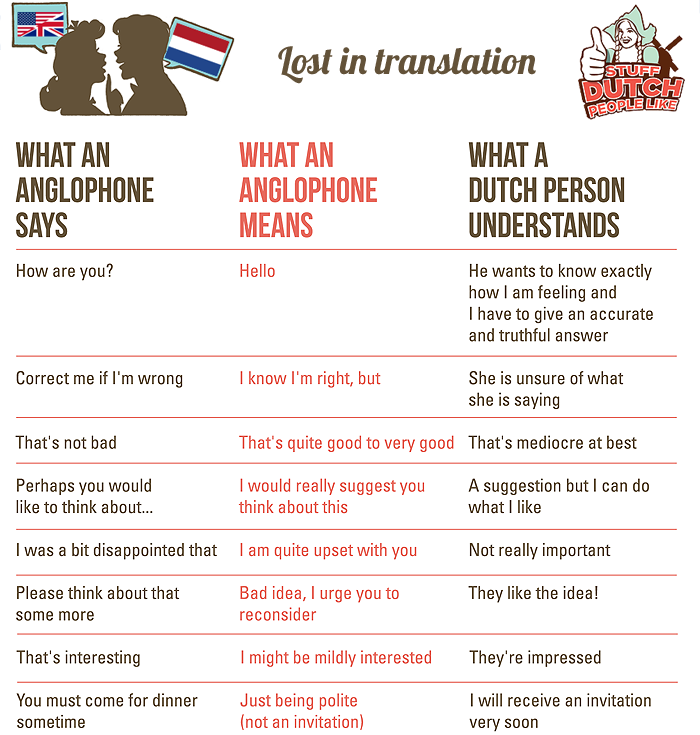