On depression and reality

While some are perfectly happy when they can feed their children and themselves, others have enough resources to last them and their children a couple of thousand years and still aren't happy.

Why is that? Maybe depression has something to do with it? 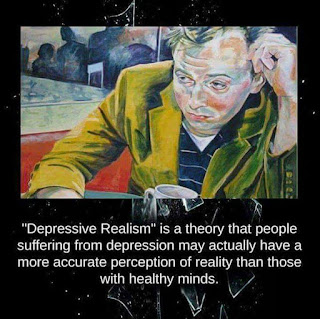 What are your thoughts on the subject?

Illegal immigrants are not always Mexican

This whole thing about 'illegal immigrants'? I don't get it. Apparently it means that anyone who fails to show the proper documents but still resides in the USA is a criminal. So why are so few Canadians being held in detention centers? Around 100,000 Canadians live in the USA (click) on expired visas, simply came to live with an American partner and failed to register, opened a business there without telling the proper authorities or just walked across the border between Canada and the USA because it seemed a good idea at the time and there are hardly any checkpoints. Meaning illegal Canadians can easily steal 'American' jobs or live of American social benefits.

Could it be they can easily get away with it because their skin colour matches that of the image of a 'real American'? Makes you wonder, doesn't it? 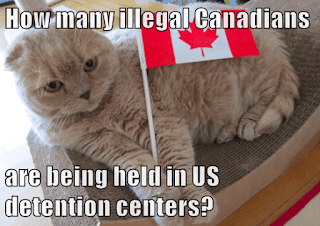 And why is it that people who claim they hate foreigners always make exceptions? 'I hate all Mexicans except the guy from the taco shop near work'. 'I hate all muslims except my good friend from Saudi Arabia I have a nice oil deal with.' 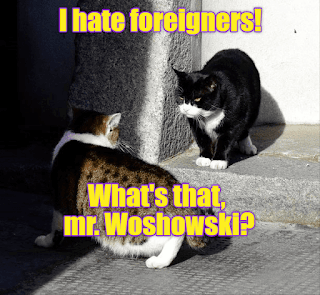 And speaking of illegal immigrants:
how did it all start? 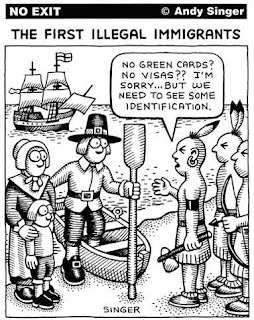 You don't need a costume to be a superhero. But apparently it does help.
Here's the case of a real life Batman in Australia: Zac Mihajlovic one day decided to build his very own Batmobile. With the help of his grandfather he replicated the 1989 Batman movie vehicle as used by Michael Keaton. He got offered good money for his creation but turned down the money. Just to make the dreams of others come true via the Make-a-Wish foundation:

Mamoudou Gassama is another superhero. Being an illegal immigrant from Mali he had no concerns about his possible deportation or even his own safety. When he saw a child in need he reacted. And how!

He got awarded instant citizenship by non other than French President Macron himself! The incident raises the question: 'Are only useful people allowed to be citizens?' How would you respond to this question after wondering how useful you yourself are for society?

People are gullible. Except for you and me of course. We would never fall for the trap of buying more stuff then we need or get a loan, not because we need the money but because the intrest seems so low it really looks like 'easy money'.

The trick is how the message is wrapped and how often you repeat it. Actual people have actually studied (on purpose!) on how to trick other people to make them believe whatever you want them to believe.

You can actually make people believe water should be banned. Really? Really.

I love to see people enjoy what they do. As long as people enjoy themselves, there's hope yet for the world we live in. This sign interpreter really seems to enjoy the Dutch contribution to this years Eurovision song contest:


It seems it's possible to turn desert into forest! In China they found out how: