People claim communism is bad 'because you have to give up your rights to serve the common good'. https://www.stormfront.org/forum/t1021761/

Apparently these points that are attributed to Communism are all 'bad'.

So what they (the nice but unfortunately anonymous people at Stormfront. You know: 'Whites are great, blacks are children of Satan and all Jews are communist gays.') are really saying that America under Bush (both) became a communist state. 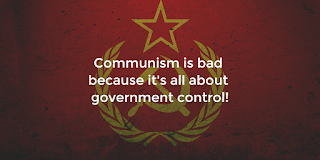 The USA seems to be in a constant fight with countries in the Middle East. Mainly because those countries are muslim nations that treat women badly, oppress their civilians and so forth. Right? The single most extreme muslim
country is Saudi Arabia. Women are not allowed to even drive! On top of that, the country is known to support terrorist organisation Al Qaida.

So why is it that nobody seems to wonder why the United States of America and other western nations sell billions worth of weapons to the most extreme muslim country in the world?

Can people who were born blind be racists? Does an exploding bomb hurt less when it's not made by a muslim? Does a mom grief less when her child dies as 'collateral damage' from an allied bombing or when it dies from hunger?

Horrible! 3000 People died in the 9/11 attacks. 17 Died in Paris with the 'Charlie Hebdo' murders and 130 died in Paris on Friday the 13th of november 2015 when a few muslim extremists decided to do something with their hatred of the Western world.

Did you know by far most terrorist attacks in the United States and Europe were NOT excecuted by Muslims? I'm not giving you the link here but urge you to look it up for yourself and think. No, don't watch Fox News and go like: 'Oh, yeah, sure!' but make up your own mind. By yourself. Without watching the news. Please.

300,000 died in a tsunami in Asia, a couple of years ago.
Muslim extremists mostly don't kill white 'christians' but Muslims who disagree with them. On a daily basis people are killed for mostly religious reasons. But mostly in far away countries like Syria, Sudan, Iraq, Lebanon and Yemen.

So we don't care.

Here's one guy that does:

What if a Wall around the US was built 200 years ago?

People like Donald Trump use people's fear of the unknown for their own selfish purposes. In the case of Donald Trump that's money and power. He and his supporters don't realize running a business is totally different from running a country. Having a few foreign friends does not make you an expert on foreign policies and not knowing the difference between Hezbollah and Hamas makes you not the best Commander in Chief. Who, in his right mind, would bomb people without knowing who they are, where they are or what they've done?

Imagine The Wall mister Trump, his supporters and other ignorant people want to be build around America was built 200 years ago? Would you have been born in America?

Is an idea worth 1,45 trillion dollars?

The US government could pay for the cost of tuition-free public higher education for every student in the US until 2039. In stead they prefer to put the money needed into a project called F-35 Joint Strike Fighter. That's a war plane that's unable to fly, climb or turn. It's practically incapable of carrying bombs and at least until 2019 it is unable to fire its own guns due to a software malfunction. That's right: someone decided it's a great idea to pay 1,45 trillion (that really is a whole lot of money. You can basically buy the countries they are planning on bombing.) dollars for something that's no more than a overgrown toy fantasy.