Imagine a world in which this is normal:

Enjoy this short film about above subject:

In reality some people actually hate other people although most of them don't know why.


So here is someone trying to answer the question: 'Why do people hate Jews?'


And why do people hate Muslims?

Homosexuality is not the norm

Homosexuality is not the norm but it it is normal. Some people are attracted to women, while other are attracted to men. Nothing wrong with that, is there? So why are there still people who condemn men for loving men and women for loving women? 'It's not natural!' they claim. Nonsense ('Yeah, but assault rifles are designed by God and very natural artifacts. Right?'). There have been homosexual people since probably the dawn of mankind (I wasn't there so can't be sure) and even in the animal kingdom it is not uncommon for two animals of the same sex to conduct in sexual acts. Nothing abnormal with that. Sex is simply a natural urge. Just like eating, sleeping and peeing. Everybody does it! Or wants to...

'Yes, but the Bible states homosexuality is bad!' True. But the Bible states many things. Women should not be allowed to not cover their head in church and they should keep their mouths shut, especially in church! For instance. And the eating of crayfish is 'an abomination'. 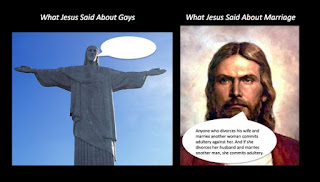 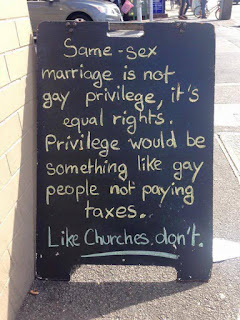 People who believe the majority should always 'win' suddenly change their opinion when somehow they belong to a minority. Turning them instantly into hypocrites. And what do you think? Do you think minorities should always listen to the majority? In other words: are you like the people at Fox 'News'?

Interesting detail: these two people (yes, members of minorities) are the owners of Fox News: 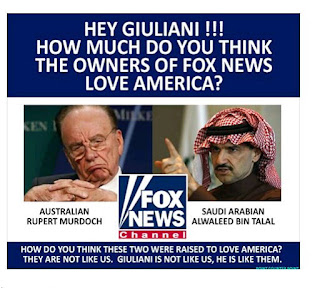 Still think the news Fox brings is unbiased?
op Thursday, May 12, 2016 No comments:

Normally when someone says that I have to restrain myself from punching that person in the face because they are about to make a racist remark. These days most folks have common sense and it's fashionable to be politically correct. So the most powerful man in the world - the president of the United States of America - is a 'coloured' man. Johhny Storm, the movie character also known as The Human Torch is portrayed by a black actor 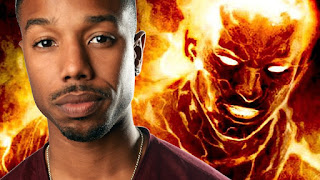 and so is James 'Jimmy' Olsen, Superman's ole' pal at the Daily Planet in the upcoming flick 'Supergirl'.

Of course an actor (or a politician for that matter) should be judged by his acting and not chosen on basis of political correctness, sex, background or colour. But can you really imagine a movie about legend Muhammad Ali in which the famous fighter is portrayed by a white guy? 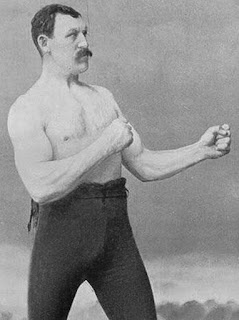 In my opinion not only white people can be racist.

What do you think?