I think it's good news that people seem to enjoy going back to the days life was less complex and you were simply happy listening to the latest record from your favourite band without the need stating so on social media.

For those people there are nerds and other nice people who found inventive ways to play old and new vinyl records. Here's one example:

In this movie the characters celebrate 'Life Day'. To me that makes more sense than celebrating the birth of a character not on His birthday but on the day a different people already celebrated a special day. The Romans celebrated Saturnalia, honouring the god Saturn. The new church of Christ decided to move Jesus's birthday from march (beginning of spring!) to December to make people easier used to worshipping a then new god.

Oh, and fun fact: American (and English) Christian conservatives once outlawed anything that had to do with Christmas as they found it not okay to celebrate a Pagan ceremony. It's true. You can look it up. I did. It's easy. https://www.livescience.com/32891-why-was-christmas-banned-in-america-.html 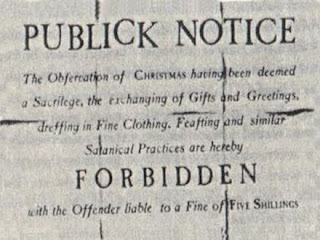 And did you know that Saudi Arabia (Donald Trump's biggest ally and also the country most 911 hijackers are from) has put a ban on celebrating Christmas? What would happen if mr. Trump's evangelical supporters find out?


Past December in The Netherlands we celebrated Sinterklaas ('Santa Claus' in an older form), Christmas and New Years Eve. That last event was celebrated at the very same time all around the world. Except it wasn't. Completely arbitrary it was once decided to celebrate the birth of a new year not on the shortest day of the year but on a date marked on a calender.

Other people in other countries celebrate different parties throughout the year, based on local traditions and history. To claim one culture is 'better' or 'worse' than somebody else's culture is complete and utter nonsense.

Are migrants too lazy to work or are they stealing our jobs? 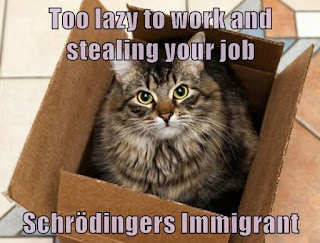 but also 'because they don't contribute to our society'. I don't know where people who believe that get their facts from but they are wrong: without migrants the economy would suffer greatly.

Here are a few numbers on migrants in the USA:

Check out this article on the subject: https://www.independent.co.uk/news/uk/politics/eu-workers-uk-tax-treasury-brexit-migrants-british-citizens-a8542506.html

Do you live by Christian values?

I find it hard to understand how people who call themselves 'christian' can refuse to help people in need. From what I learned at home, in school and in church that behavior is not according to Christ's teachings. Unless Jesus would have acted as in this clip:

What's the reason for so many people to say they are Christians, only to act in a way He would not have approved? Are they simply scared? Perhaps forgetful? Do they really wish to be treated as they treat others?

What are your views on the matter? 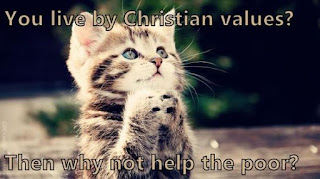