People are amazing! Not always of course but fact is that that are some truly amazing people out there. They are here to help us understand the world around as a little better or help others to live with their disabilities.

For instance: the Glassouse helps people to use a computer. Even if they have no hands!

Millions of people hold the strong believe the 'original' Europeans have been 'pure' and 'white' since the days of unrecorded history. This idea is based on nothing even remotely scientific but only expresses fear of anything that and anyone who is 'different'. Here's the full story on that:
https://www.nationalgeographic.com/culture/2019/07/first-europeans-immigrants-genetic-testing-feature/

Yes, it's true: even your ancestors were immigrants!
Isn't that good to know? Since basically everyone is (a descendant from an) immigrant we don't have to fear immigrants anymore! It would mean we are afraid of ourselves!

A great deal on windmills

Windmills are great! You never seen more beautiful windmills! They are amazing and cheap. Cheaper than coal! And less dirty! You never seen anything this clean! And they're cheap too. And easy to use. And don't cause cancer! Isn't that amazing! Have I mentioned they are cheap? Also, they are not expensive. As a matter of fact: they're cheap. Really, really cheap. And they don't cost a lot of money. And they are mills. And work on wind. That's why I deciededed to calling them 'windmills'. Because they are surrounded by wind and look like mills. They look like mills because they are. Mills. You never witnessed anything more brilliantly than these so called 'windmills'. And they make energy! Lots of energy for the little men inside to keep turning the blades. Of the windmills. And new ones even make water. The best water. The wettest water you ever tasted! And cheap too! 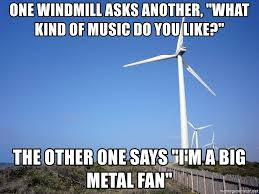 Luckily the USA has a Commander in Chief who knows a lot about wind:


And then there's the story of William Kamkwamba, a story 'the mainstream media refuses to spread!'. 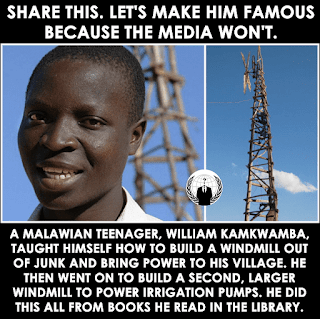 The young man build a windmill from scratch, a very impressive feat, considering his (lack of) resources and education. But wait a minute...if 'the mainstream media' refuses to spread his story, how come millions of people have heard about it? Maybe because for over a decade his story has been all over Facebook, Youtube, Instagram, Twitter and he has held Ted Talks, appeared on populair late night shows, major newspapers wrote stories about him and Netflix turned the tale into a movie?

There are quite a few misconceptions on 'Obamacare'. But what is it?

It is designed to save people's money as well as their lives. Basically it affects most of president Trump's base. So why are they against it? Because they are ill informed:

A newsitem that went viral (click) is about a man who was ecstatic when he heard Obamacare was repealed and shared his happiness on Facebook. Until people pointed out to him he was happy to lose money on his healthcare because Obamacare is the nickname for the Affordable Healthcare Act.

What I really don't understand is: why would anyone with working brains want their healthcare to be unaffordable? How can people believe Jesus told us to help the poor and don't want the poor to be healthy? By the way: Jesus healed people for free. How much do you pay for help when you're sick? 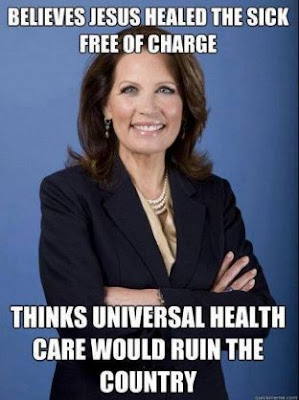 The ACA is not Universal Health Care ('Medicare for All' as it is known in America) but maybe a first step towards it. Universal healthcare actually works in every civilised country. So far I haven't heard of a single good reason of why it wouldn't work in the USA. Or are people admitting the USA is not a civilised country?

Here's an article (click) on how the economy actually thrives under Universal Healthare in different countries where it is implemented. If you don't want to read, here's a picture: 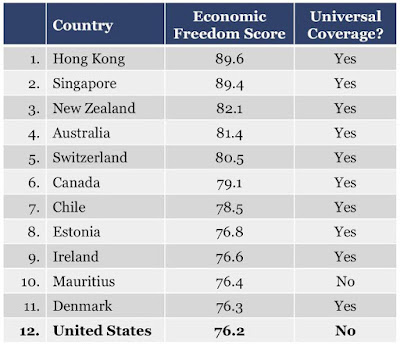 'Yes, but we pay high taxes to pay for stuff!' Here's a counter argument. Again, for your convenience, in a single picture so you can even read it if you're wearing a MAGA hat: 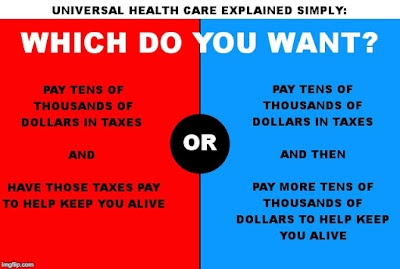 Under Obamacare people would pay a lot less out of pocket. Here are the prices of a vial of insulin in other countries in comparison to the USA: 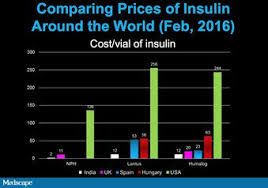 Yes, people in the USA pay far, far more for medication. Perhaps because that's 'the will of the Free Market'?

So, finally, tell me: where would you rather be ill: in 'capitalist' USA of in 'socialist' Denmark? 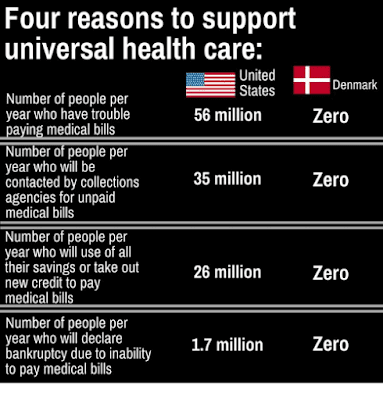 Fighting off evil people: even a kid can do it!

With all the negativity around in the world one might think there aren't any positive things anymore. But that's not true. There's plenty! For instance: here's a kid fighting off an entire empire of bad people.

Why and when do we show our emotions?

With all this stuff on social media and in main stream media it has become hard to tell if someone is merely acting or shows a display of real emotions.

On Instagram a nice young lady can show tears, stating her dog just died and her thousands of followers wish her well. Accept the story isn't real and the young lady is a model who was hired for a weekend in which hundreds of pictures with her were taken. In those pictures you see her with her favourite cereals, her new shampoo or a shiny new handbag. All product placement and part of a marketing campaign to boost the sales of those products. So you can't really trust social media.

In my opinion here are two examples of people sincerely touching the hearts of others.

Here's an interview of Stephen Colbert and Anderson Cooper where they question eachother on grief and acceptance:

And here's a man who uses his own emotions to stir up emotions in others:

When do you show emotions and do you share them with everyone?