Practice what you preach

How can people claim to be pro-life and at the same time have no objections when children die in detention camps in the USA? 'Their parents shouldn't have come here illegaly!' is the most heard argument. As if they don't know seeking asylum is anything but illegal and think seperating young children from their parents is a very common practise. It is not. 'Yeah, but Obama started it!' So? That makes it less worse? Fact is: even is Obama did start it, the current President could end it if he wanted. But he won't.

But luckily there are still preachers out there who literally practise what they preach: 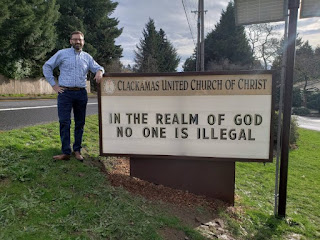 And how can people claim to be against government intervention as well as in favour of a government telling women what to do with their bodies?

As long as people are gullible, scammers will continue their foul play. Here's a way to get back at them:

Let's all do this and see when the scammers give up! 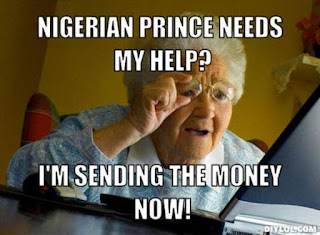 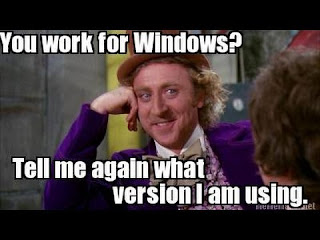 'You work for Windows?
Tell me again what version I'm using.'

Jon Fereira answered a simple question on Quora: 'How are the Dutch people for real?' 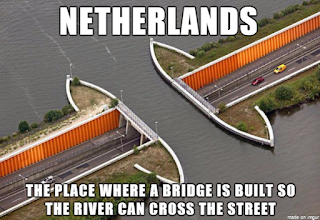 
I lived in the Netherlands for a year, and found the Dutch to be a very
unique and singular culture. Obviously, it's not good to generalize, and
no one people are exactly alike, but I did find some very striking
similarities amongst them. Here are a few:

Nearly every Dutch person owns a bike, and many use it as their primary
means of transportation

The Dutch permissiveness when it comes to sex and drugs has nothing to
do with fun or abuse, but rather removing the stigma as a practical
means of moderation or abstention. They believe in exposing their
children to the darker elements of culture as a means of desensitizing
them to the issue, and by making it no longer a forbidden tantalizing
fruit, children are less tempted to pursue these things and abuse them
in a "sinful" and "defiant" way. The Dutch have much lower levels of
substance abuse and sexually transmitted diseases than other developed
nations.

The Dutch are a very pragmatic people, and make practical decisions
which may not always be the sexy and passionate ones, but serve a
greater purpose.

Many of the Dutch have large picture windows in the front of their
homes. Many of the Dutch families I spent time with described why the
Dutch often had no curtains, and these large picture windows. The Dutch
have an attitude that they have nothing to hide from each other, and
that is why they have very tolerant ideas about privacy and allowing
others to watch their families in their homes.

I found the Dutch to be very creative and good at riddles and problem
solving.

The average Dutch person speaks an average of 2 - 3 different languages.
Since Dutch is spoken by very few people on earth, and because the Dutch
have been merchants and done business in every corner of the world, most
people from the Netherlands learned to speak multiple languages. I found
most people spoke Dutch, English, German, French, and often Spanish or
another language. I met a few Dutch people who spoke 3 to 5 languages!

Like many of the socialized countries in Europe, the Netherlands values
using taxes to pay for socialized medicine and higher education, among
other things. Even the average blue collar worker believes in the
preservation and upkeep of their historical national treasures, like
Castles and canals, and even support their hard-earned tax euros going
to the arts. Unlike many in the United States, the average Dutch person
seems to place more value on education, the arts, the sciences,
historical preservation, healthcare, and generally preserving and
maintaining Dutch culture for each citizen.

Like many of their Scandinavian neighbors, the Netherlands is full of
poor and wealthy individuals, but the gap is less obvious and egregious
than it is in the United States, for instance. There is a general
modesty amongst Dutch people, and a tendency not to show off or showcase
their wealth and accomplishments. There seems to be less ostentatious
shows of wealth, and I found that many of the homes tended to look the
same, and there was more emphasis and pressure to conform and not stand
out, rather than flash money and bling.

The country is VERY flat and most of it is below sea level, so there is
a tendency towards flooding. The Dutch are a very industrious and hardy
people, and they handle adversity with little complaint, and with a
stiff upper lip. The Dutch are very masterful when it comes to water,
and manipulating water. They are master ship builders, as well as
creators of ingenious irrigation methods, dykes, dams, canals, etc. Like
the Portuguese, the Dutch are very clever when it comes to their mastery
of the sea and freshwater.

Despite being very permissive about sex and drugs, I found the average
Dutch person to be more shy, modest, and not exceedingly sexually
adventurous. Those who abuse drugs and engage in more liberal sexual
practices tend to be tourists who visit Holland.

The Dutch often say they are from The Netherlands, but also enjoy the
name Holland. They also seem to be quite proud (but not boastful) about
being Dutch.

I found the Dutch to be generally a little cold. Not unfriendly, but a
bit detached, aloof, and standoffish. They always seem to be analyzing
and judging situations -- not in mean or cruel ways though. I didn't
find them to be overly demonstrative. Like many of their Scandanavian
neighbors, I found them to touch each other less than other cultures
(particularly Southern Europe -- Spain, Italy, Portugal, etc.) I saw
very little public displays of affection or demonstrative displays of
love. There is even less touching and affection with strangers or people
outside of their family. As a people, the Dutch are not known for being
touchy-feely.

I saw someone else here answer that the Dutch were loud in public, but I
didn't find this at all. I found them to be generally restrained, calm,
calculating, pragmatic, soft-spoken, or at least not loud and
boisterous. I found the Dutch to be a very even-keeled type people, who
were not prone to loud outbursts, violence, raising their voices, or any
other loud and disruptive behavior. I found them to be ashamed of such
outward shows of emotion, and were particularly concerned with not being
rude or obnoxious. I would say that the average Dutch person is raised
with manners and their default always seemed to be politeness and
respect.

There is very little violence amongst the Dutch, and almost no gun
violence. Most murder and other crimes are committed by people from
other countries. The Dutch seemed to most often solve their internal
disputes through reasoned discussion and practical dialogue. I saw very
little to no violence while I was there. I would conclude that the
measured and deliberate nature of most Dutch also makes them generally
risk-adverse and able to avoid most conflicts -- particularly violent
ones.

I found that many Dutch students were studious, and education seemed to
be important in the Netherlands.

***Naturally, with ALL of these, I am making broad generalizations and a
lot of assumptions. I am simply providing my first hand experience with
the Dutch, and drawing conclusions based on the fact that most seemed to
have these general traits in common and shared several common
characteristics. 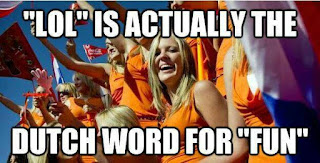 So, what are your (if any) experiences with the Dutch?

Are we living in The Matrix?

We've all had a déjà vu on occassion: 'I know this happened before although it couldn't have'. Some say it's a glitch; a miscommunication between our chort- and longterm memory. That could be the explanation. But what if it's something else? Something more similar to the explanation as thought up by Andy Weir:

How and why a mythical EU-dragon was conjured up:

And here's a funny coincidence: in 2019 the EU anti tax avoidence directive comes into force. Meaning it will become very hard for very rich people to avoid taxes. When they live in the EU. By chance a couple of very, very rich and powerful people funded and supported a Brexit. Coincidence. Of course. 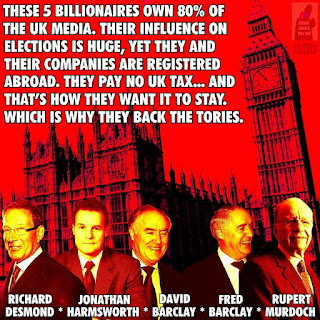 Here are the myths (you can call them 'lies' if you want to.) they wilfully spread: 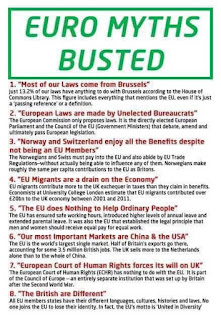 Financially supported by these people: 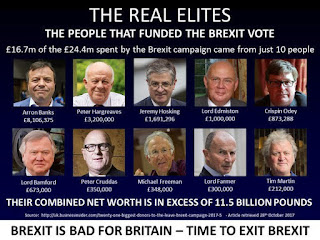 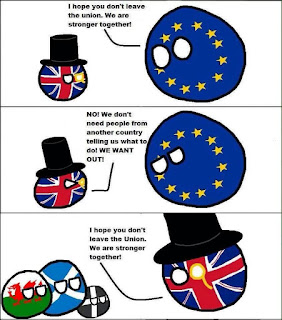 You can see the difference in men and women, judging their brain scans. Right? While men tend to be angry more often than women, women are more easily scared. Right? Turns out it's mostly our expectations that determine why we sometimes perceive a facial expression as 'angry' or as 'scared' looking. In a study from 1976 (click), published by Condry and Condry a group of people was shown a video of a baby that responded to something that happened. Half the group was told the baby was a girl, the other half was told they saw a boy. They all saw the same video and there was only one baby with one response. People who saw a 'boy', said he looked angry. People who saw a 'girl' said she looked scared.

What does that say about us and our brains? That we are all basically the same, have the same prejudices and are all easily fooled.

Just try to remember that others can't define who you are. Only you can.