Why do we want different skin colour?

'We' - people with light skin colour from the 'rich west' - seem to envy people with dark skin colour. Why else would we spend hours in the sun's rays on the beach, hoping to get a nice tan? And isn't it strange that a lot of white people see dark people as an inferior race? I think the schoolsystem is to blame because teachers should teach children there is only one race and that is the human race. Oh, and Daytona of course. ;-)

We see something on television and we immediately believe it. Just because it enters our brain directly through our eyes. Earlier I wrote that we are far more inclined to believe moving images than written text. That's why we think the history books are wrong and Mel Gibson is right...

We tend to believe everyting that is told to us through moving media. But not everyting we are told is true! This may come as a shocking fact to you but even het people's favourite from Fox News, Bill O'Reilly is known to tell the occional lie. Yes, that's right: famous people lie too! But go right ahead and punish your child for lying about stealing from the cookie jar. Don't you ever tell it that you lie too...

Here are a few 'facts' Bill O'Reilly denies having lied about. He simply resorts to idle name calling when asked to admit he lied.
O'Reilly's Lies.

Protect our children from bare nipples!

But most muslims - just like most christians - are okay people. Here are 6 insane news stories about (muslim)terrorism that turned out to be total BS.
More people are killed by guns, automobiles or peanuts than by muslim terrorism. Most children who are molested are hurt by people they thought they knew well, not by strangers. And why is it so bad to let children know everyone has nipples?

Remember 'Nipplegate'? Earlier I wrote about Janet Jackson's nipslip at the Superbowl half time show. Half a million Americans officially complaint that when they freeze framed the video at a certain time interval, they could just see a bare nipple. So half a million people went through hours of footage just so they could see a bare nipple. That's rather pervers don't you think?

Well, the people at Facebook seem to think it is very wrong to even hint at a bare nipple. This picture was taken of the social media platform. Can you tell me why? 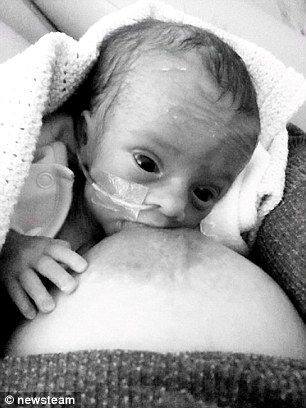 Medicine is designed to make us (feel) better. Right?

Unfortunately there are people who see medication as a way to make money. A lot of money. To make even more some meds are designed to get people addicted to them. Or so it appears. Other pills seem to do nothing more than make us want to take medication to combat the side effects.

My little tip: before you take a drug, consider the side effects!

We won't give without asking anyting in return

'Mommy, why are people angry with Alexandra?'
-'Alexandra is Greek, darling.'
'But why are people mad at her?'
-'Because the Greek government can't pay it's bills.'
'Why can't they pay their bills?
-'Because they don't have enough money.'
'Why is that Alexandra's fault?'
-'Because people like to blame individuals for what groups of others do.'
'Why?'
-'Because a lot of people are stupid and biased.'
'But can't we give money to Greece?'
-'We did but they can't give it back and people don't want to give money without something in return.'
'But you give me allowance, don't you? Without asking anything in return?'
-'Yes?'
'Why don't they give Greece some allowance?'